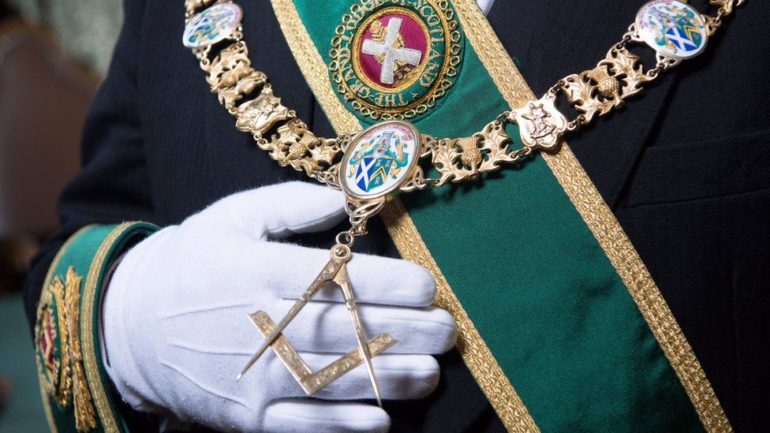 “THEY” – Who Exactly is Behind the Psyops?

A question commonly arises in discussions about the COVID psyops and related disinformation campaigns, in response to claims that they are doing this and they are doing that: Whether it’s the manufactured biological crisis, the weaponized DNA-changing injections, or (more recently) the threat of a global cyber attack — and even a staged alien invasion — people naturally ask, “Who, exactly, are ‘they’?”

This is a reasonable — even crucial — question. The growing number of people questioning the official narrative around the virus, lockdowns, masks and social distancing must eventually answer that question, as evidence and also to identify the perpetrators for prosecution.

We’re not going to get anywhere until people stop dismissing new information as conspiracy theories — spell words that have dead-ended decades of convincing research into everything from the JFK assassination’s magic bullet to the collapse of WTC Building 7 on 9/11. The Davos set has conditioned people to fence their own thought process, such that their manipulation of international events and limit hangout strategies remain effective. (Limited hangout is a damage control strategy intelligence agencies use to deflect public attention from a serious problem by allowing discovery of a more trivial one.) As the sterilization and depopulation dimensions of the current inoculation program become known, the oligarchs will throw minions like Anthony Fauci under the bus to satisfy public outrage while preserving the identities of the true puppet masters.

My own journey into figuring out who “they” are began long before the first crisis actors in Wuhan appeared in last year’s embarrassingly contrived COVID-19 death porn. After leaving a salaried media job in 2014 to become a freelance writer, I heavily researched the clandestine dimension of geopolitics. In the ensuing years I found myself fighting depression as the walls of social programming came tumbling down and I learned that we (the so-called western democracies) are not the good guys; our intelligence agencies lit the fuse of almost every war, civil war, coup d’état or secret torture program on the planet for the past century. JFK was not assassinated by a lone gunman. The Twin Towers were not brought down by a guy on a satellite phone in some Afghani cave. And no, America never landed a man on the moon. (Sorry to break that to you: please also seek out Stanley Kubrick’s deathbed confession, the Wikileaks footage, and the superb 1990s article series “Wagging the Moondoggie” by Dave McGowan. You’ll be amazed you fell for it.)

When the COVID psyops hit, and (later) the facts about the “vaccines” killing thousands of people and injuring hundreds of thousands more, I was primed. Though I previously thought more in terms of US imperialism than a globalist takeover, I knew agencies of the state security and surveillance apparatus created almost every terrorist organization we’ve ever heard of, including the Muslim Brotherhood that the CIA has used for decades to destabilize the Middle East. I knew the three-letter agencies such as the DHS (which has around 250,000 staff!) are the operational arm of bank and business cartel that ensures global wealth flows into the coffers of a tiny elite that uses its unimaginable wealth and power to corrupt governments, agencies, NGOs and institutions and orchestrate world events to generate more of the same.

Okay, so back to the question: Who are they?

Let’s start with the low-hanging fruit.

Although he’s not the absolute top of the pyramid, people have figured out that World Economic Forum founder Klaus Schwab is quarterbacking the overall strategy to usher in what he calls the Fourth Industrial Revolution (4IR) and its Internet of Things (IoT) and Internet of Bodies (IoB) (all the cyborg marriage of man and machine stuff). Like a spider in its web, Schwab sits at the center of the Davos set and its interlocking circle of secretive organizations, some of which were founded by the Rockefeller’s. These include the Bilderberg group, Council on Foreign Relations (CFR), Trilateral Commission, Club of Rome, and (especially) the Round Table Group.

Meshing with these organizations, and centrally coordinating them, is the United Nations (whose New York headquarters sits on Rockefeller-donated land) and its offshoot agencies such as the World Health Organization (WHO), International Monetary Fund (IMF) and World Bank. The UN and its toxic offspring are not quite the League of Nations many presume: in fact, these agencies have economically colonized hundreds of poor countries around the world on behalf of rich nations and, in the case of the WHO, have experimented for decades in sterilization of human populations via vaccines, mostly in Africa and India. The UN’s Organization for the Prevention of Chemical Weapons (OPCW) even falsified results from its investigations into gas attacks in Syria, which were staged by Western-backed mercenaries and not President Assad. When OPCW whistleblowers came forward, they were silenced and their claims were ignored. Just who are they protecting, exactly?

These UN agencies have massive conflicts of interest in their funding and staffing; the WHO fronts for the pharmaceutical industry, of which it’s a near wholly-owned subsidiary. Private interests coordinate the corrupt UN agencies with equally corrupt national agencies such as the USA’s Food and Drug Administration (FDA) and Center for Disease Control or CDC, which has been exposed for funding secret and illegal “gain of function” virus bioweapon programs in a Wuhan laboratory. The main go-between is Bill Gates — the calculating and sociopathic (according to his business partners) tycoon who cornered the software market and now plans — as the world’s most famous non-doctor — to corner the “healthcare” industry and its highly lucrative vaccine arm. (Gates, let’s not forget, paralyzed 500,000 young girls in India, before using his wealth to scrub that fact from the internet.) Fauci is an old research and business partner of Gates, as was Jeffrey Epstein, who ran the Mossad honeytrap that ensnared prominent politicians and influencers, including certainly Prince Andrew and Bill Clinton, plausibly former President Donald Trump, and possibly Gates himself. (Is that why Melinda is leaving?)

Some of these men are the richest and most powerful in the world. Or so we’re told. In my years of independent research, watching documentary series like Oliver Stone’s The Untold History of the United States or reading books like Howard Zinn’s A People’s History of America and John Perkins’ Confessions of an Economic Hitman (and most recently Jeff Berwick’s tome The Controlled Demolition of the United States), I often had a sense of a thumb on history’s scale. It seemed like shadowy actors were pulling strings behind the scenes.

Enter the researchers and journalists that the legacy media has gone out of its way to discredit. These include some prominent conspiracy theorists whose ideations now seem eerily prescient about secret societies and a planned globalist takeover. Their suggestions that long-established oligarchies work through secret societies gained credibility in 2020 with revelations about the upper-tier Freemasons, Skull and Bones alumni, Bohemian Grove, and the Jesuits (including the papacy itself, that’s endorsing the dangerous inoculation program which uses aborted fetus cells). The work of these high-profile investigators is supported by less famous research journalists including Canada’s James Corbett, Australia’s Max Igan, Ireland’s Dave Cullen, and America’s Whitney Webb, who together have proven Big Data is working with Big Pharma to install an AI-controlled technocracy.

But it was only when I encountered research on the Committee of 300 that I felt the curtains open fully on the families and corporations that rule our world. As Conspiracy Wiki describes it, the Committee of 300 is “an international council which determines the political, economical, banking, media, and the military policy for centralized global efforts.”

This exclusive club evolved from the British East India Company, established in 1727 by British aristocrats who referred to themselves as the “Olympians.” The number 300 is derived from an article by Walter Rathenau of General Electric who wrote in 1909 that, “Three hundred men, all of whom know one another, direct the economic destiny of Europe and choose their successors from among themselves.” In partnership with the Dutch East India Company, the British overlords established vast fortunes via the opium trade in Asia that they controlled, much as they still control the heroin and other drug trades in the world today, laundering their profits through banks they also own or control.

The go-to reference for all this is Conspirators Hierarchy: The Story of the Committee of 300 — a book written by Dr. John Coleman, a former MI6 British Intelligence agent and whistleblower whose more than 10 books uncover the New World Order and how the committee socially engineers various crises to accrue more wealth and power to its members. This paragraph from the book summarizes Coleman’s claim:

“The Committee of 300 is the ultimate secret society made up of an untouchable ruling class, which includes the Queen of England, the Queen of the Netherlands, the Queen of Denmark and the royal families of Europe. These aristocrats decided at the death of Queen Victoria, the matriarch of the Venetian Black Guelphs that, in order to gain world-wide control, it would be necessary for its aristocratic members to ‘go into business’ with the non-aristocratic but extremely powerful leaders of corporate business on a global scale, and so the doors to ultimate power were opened to what the Queen of England likes to refer to as ‘the commoners’.“

The committee is behind the money laundering and tax avoidance schemes coordinated by the City of London — a corporation (not a municipality) exposed in the brilliant documentary The Spider’s Web: Britain’s Second Empire — and the social engineering policies advanced by Oxford University Fabian socialists that include Canada’s Deputy Prime Minister Chrystia Freeland (a George Soros acolyte who’s also Prime Minister Justin Trudeau’s handler). Coleman describes how social engineering techniques developed by the UK’s Tavistock Institute are disseminated by Chatham House (the Royal Institute of International Affairs) and used in divide-and-conquer strategies to colonize domestic and foreign populations, ergo the Soros, and China-funded BLM group, and the various gender and racial identity politics schemes currently shredding civil society.

The Committee of 300, or a subset, is likely behind the Georgia Guidestones — a NWO monument erected in 1980 in Elbert County, Georgia that promotes reduction of the human population to just 500 million souls. COVID, it appears, will midwife the global warming/climate change agenda, i.e., the committee’s ultimate Net Zero Carbon scheme in which the majority of human beings have no place.

Of course, Coleman’s work needs updating, but knowing who the conspirators are will greatly assist resistance leaders like Robert Kennedy Jr. and Del Bigtree in their legal actions against corrupt companies and agencies, and Germany’s Dr. Reiner Fuellmich — an international trial lawyer who successfully sued large fraudulent corporations like Volkswagen and Deutsche Bank — and his team of 1,000 lawyers and 10,000 doctors who plan to establish Nuremberg 2.0 trials.

Editor’s note: Not all points in this article are necessarily reflective of the views and beliefs of Druthers, however, we do feel these are topics that warrant further public investigation and as such, we are happy to print this article to stimulate deeper discussions.