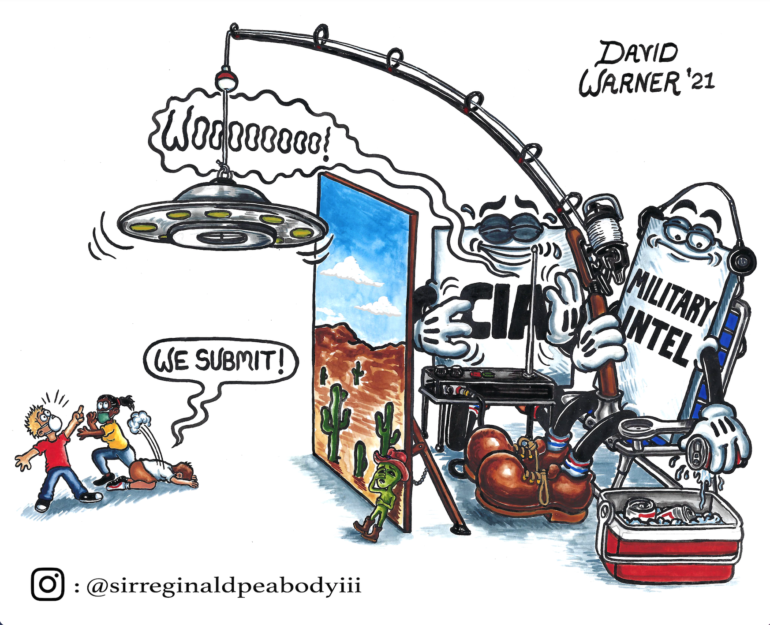 The Supreme Court of Nova Scotia has issued an injunction that bans any anti-lockdown protest and allows police to arrest anyone that either participates in a protest or promotes a protest on social media. The ban came just in time for the “Worldwide Freedom Rally” that drew in tens-of-thousands of protesters across Canada, including an estimated 20k in Toronto.

Musician Eric Clapton blames propaganda for his disastrous COVID-19 vaccine experience. Clapton experienced severe side effects for weeks after his first and particularly his 2nd shot of AstraZeneca’s COVID vaccine. “My hands and feet were either frozen, numb, or burning, and pretty much useless for two weeks, I feared I would never play again,” Clapton wrote in a letter posted to Telegram, “but the propaganda said the vaccine was safe for everyone.”

Despite only 1131 children receiving the shot during the trial, the Pfizer vaccine has now been approved by the FDA’s “Emergency Use Authorization” and Health Canada’s “Interim Order Authorization” for children aged 12-15. The children’s dose is the same as the adult dose and a significant degree of adverse reactions were noted, including arm pain (90.5%), fatigue (77.5%), headache (75.5%), chills (49.2%), muscle pain (42.2%), fever (24.3%), and joint pain (20.2%).  4 children in the vaccine group developed a psychiatric disorder, compared to 0 in the control.

Experts call out the CDC for making a huge exaggeration by claiming “less than 10% of covid transmission occurs outdoors” when their own data shows the true number to be below 0.1%. In fact, there is not a single documented COVID infection anywhere in the world from casual outdoor interactions (most outdoor transmission is reported by intimate workplace settings).

“I want to show people there is no danger in getting vaccinated. On the contrary, it will protect us.” -India’s Health Ambassador and actor Vivekh declared on national TV as he took the COVID-19 vaccine. He passed away 24-hours later of a blood clot.

In the city of Toronto and the Peel region of Ontario (and in Manitoba, BC, and Nova Scotia) children aged 12 and up do not need parental consent to get the covid vaccine. Select locations are also handing out incentives, such as ice cream at Nathan Phillips Square.

Increasing rates of gastroenteritis, particularly in children, are being reported throughout the world and experts now suggest the increased use of hand sanitizers may be responsible. A roughly four-fold increase in Gastroenteritis has been observed in Australia, New Zealand, and Taiwan.

Dr. Fauci, chief medical advisor to the White House, says wearing masks could become a seasonal thing after the pandemic to help avoid spreading or contracting respiratory illnesses like the flu.

UFOs are here! The Pentagon has confirmed more videos of UFO footage taken by the US Navy. According to the Department of Defense, the newly leaked footage, and other videos from previous years, are part of an ongoing investigation since their activity has become “increasingly bold.” As a former Navy Chief who witnessed the UFOs explained, the objects “indicate a technology that outstrips our arsenal by at least 100 to 1000 years.”

Emails from the American Federation of Teachers to the CDC reveal the union convinced the CDC to change their guidelines on school reopenings and rank schools as a “high risk” for community transmission (despite a lack of scientific evidence). In at least 2 instances, language of suggestions offered by the union were adopted nearly verbatim in the final text of the CDC document.

Many residents in 2 Ontario nursing homes hit hard by the coronavirus died not from COVID-19, but from neglect,with 26 deaths attributed to dehydration, the Canadian military says in a report obtained by the Globe and Mail. “All they needed was water and a wipe down.”

Ohio’s “Vax-a-Million” lottery (where 5 vaccinated people win $1 million dollars) is drawing controversy because the winning money will be pulled from the state’s Coronavirus Relief Fund. Ohio is also using this money to award 5 students with 4-year scholarships. Other states are offering less exciting incentives, such as $100 savings bonds (in WV), a beer and season pass to state parks (NJ), a weed joint (Washington, DC), a Six Flags ticket (Illinois), and the city of Detroit is offering $50 prepaid cards to people who take their neighbors to get a shot.

The World Economic Forum urged companies to fire unvaccinated employees as part of “Jobs Reset.” The now deleted tweet by @WEF said “Get you COVID-19 jab or you could face consequences from your employer” and included an infographic stating that 56% of employers require some or all employees to be vaccinated.

The Public Health Agency of Canada has finally admitted we have a “residual positive” problem with the COVID-19 PCR test. In the past, hundreds of travelers were unable to return to Canada due to continuously testing positive for weeks or even months after recovering from the virus. Canada’s new rule allows for positives to enter the country if they can prove that their first positive was between 14-90 days ago.

The Federal government is asking Canadians to take a “leap of faith” that Bill C-10 won’t hurt free speech. The bill, aimed at changing social network algorithms to favor Canadian government funded and approved media, is “full of murky details” and may result in newsfeeds that favor more “authoritative sources” according to experts.

Experts say CDC’s summer camp rules are “cruel” and “irrational.” The CDC’s newly released guidance for summer camps include: masks must be worn at all times (even outdoors, even if vaccinated, for children as young as 2 -with only exceptions for swimming and eating where campers must be at least 6 feet apart). Campers must remain at least 3 feet apart from each other at all times including, again, outdoors. Campers should be cohorted and never mix. And art supplies, toys, books, and games are not to be shared.

A Halifax man was charged for an “attempted hiking trip.” RCMP charged the man $2,422 for violating the Health Protection Act since he was conducting “non-essential travel.”

Dr. Anthony Fauci (chief medical advisor to the US president and NIAID director) perjured himself before congress. His statement, “the NIH has not ever and does not now fund gain-of-function research in the Wuhan Institute of Virology” is simply not true. NIH’s funding to the Wuhan Institute of Virology is well documented on both the NIH RePORT site, and in the PNAS research article SARS-like WIV1-CoV poised for human emergence.