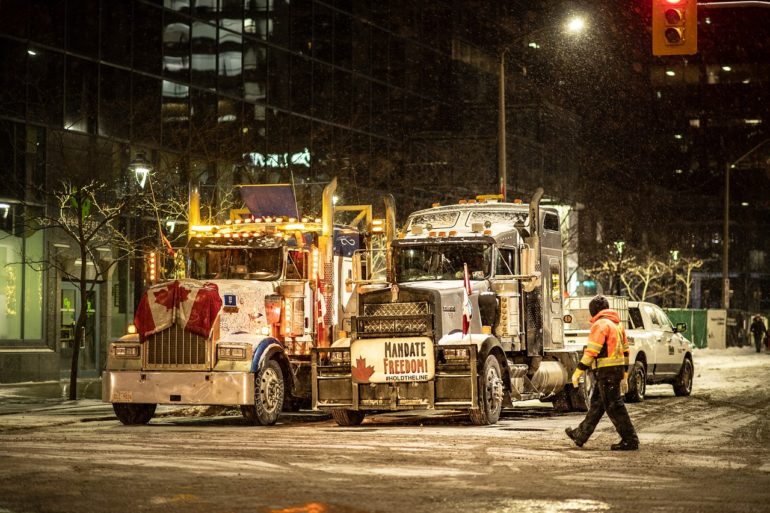 Before the afterglow of the historical event known as the Freedom Convoy dissipates, we need to glean all we can from what took place. By glancing in the rear-view mirror, we must remember that objects are larger than they appear. This is true whether it be the millions it inspired or the bad actors it exposed. A thorough review will ensure we know what should be replicated or built upon as well as what needs to be defeated.

Few people are neutral on the convoy and this fringe minority largely consists of legacy media viewers who don’t even know what a “Freedom Convoy” is. The efforts to eradicate, vilify and invalidate this movement tells us a great deal about who we are up against. Similarly, those who stood with the truckers or actively participated know the lasting impact this movement had on us.

The most important detail that must not be lost is the recognition that courage is contagious. We have been forcefully and deliberately cloistered away from one another and we saw how this resulted in increased hostility and apathy – notably among friends and family. These attempts to make us feel hopeless and disconnected failed to break the will of the hearty souls that backed these protests. Everyday citizens who merely wanted to do their jobs and provide for their families stood firm; prepared to risk their careers, reputations, income, and even their lives to ensure the freedom of Canadians. This included those that the government worked hardest to drive a wedge between – the jabbed and unjabbed.

Keeping these foundational observations in mind, I would like to address the lessons to be learned from the larger context of what the convoy exposed.

We owe a great deal to our courageous truckers who showed a level of conviction and sacrifice that has grieved me as it has been absent in most of our churches. You not only brought results, but exposed the real virus that threatens us. We are still engaged in a battle for our future and, most importantly, for our children and grandchildren. We know we are not alone and that the passion is there to persist. We must persist in our mission the way we started: peacefully and winsomely. The dominoes are falling and we can’t be stopped unless we surrender. To this I says to my new friends, “FREEDOM!”