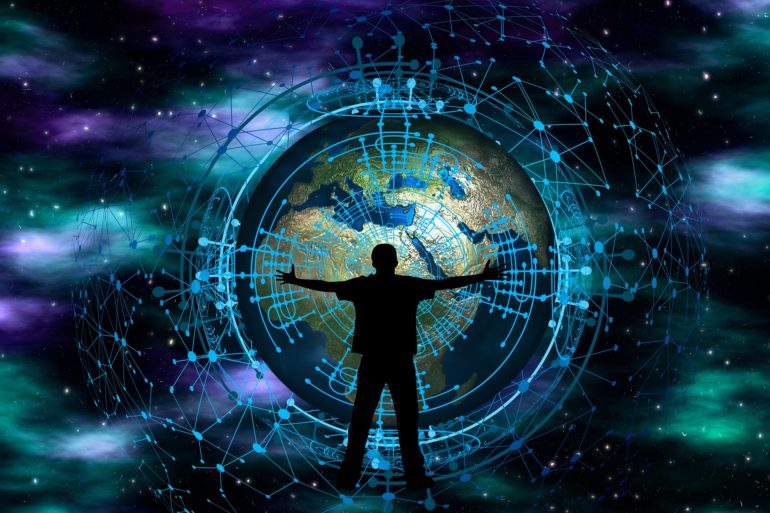 The Metaverse: Prepare To Meet Your Digital Twin

About a decade ago I briefly dated a woman who’d recently broken up with a man in Florida, whom she’d never actually met. Turns out they met in an online “game” called Second Life. In Second Life, people interact through “avatars” (or characters) that can be customized, along with their environments. It’s like The Sims, but with more freedom and control, and you’re one of the characters yourself.

She’d even been engaged to this guy, which is apparently common. However, she suspected he was having an affair in the game, and shrunk her avatar to the size of a grain of rice. She then placed herself on the desk in his virtual office where she’d overheard him carrying on with the “other woman”.

I looked further into Second Life and was amazed. Second Life has a digital currency called Linden dollars that can be exchanged for dollars in the real world. Big brands like Coca-Cola were purchasing billboard space on virtual street corners even back then, to capture the eyeballs of the thousands of people (or avatars) passing by each day. One guy became the first virtual real estate millionaire after selling lots on an island paradise everyone wanted a piece of, that he’d constructed with the help of programmers in India. He converted his Second Life Linden dollars to a million US greenbacks. I even read somewhere that intelligence agents monitor Second Life to thwart the plans of terrorists, who congregate in such places as virtual mosques to discuss plans, as scheming in the physical world is dangerous.

I didn’t think much more about Second Life until a few years later when I read about a famous experiment with Pokémon in which people wearing special glasses chased 3D animated characters in the real world. Disturbingly, the CIA apparently monitored people’s behaviour as the characters led players to specific business locations like Dairy Queen.

Fast forward to today, and we find the key elements of Second Life and the Pokémon live exercise are merging in a vast enterprise that’s about to completely transform the way human beings live and interact.

In 2019 Wired magazine’s Kevin Kelly wrote a cover story titled, “Welcome to the Mirrorworld” in which he described an augmented reality that’s about to be deployed by Silicon Valley firms in concert with governments. He wrote: “[We] are building a 1-to-1 map of almost unimaginable scope. When it’s complete, our physical reality will merge with the digital universe.” In other words, each of us will have a digital twin, house, workspace and almost anything else you can think of, that’s a copy of the real thing. Imagine, say, Google Maps “street view” experienced through a VR headset—a totally immersive environment in which you not only walk past convincing facsimiles of real houses, but enter the front door, pick up objects, and talk to the inhabitants. Gone will be the clunky graphics and buffering of Second Life a decade ago: this will be a compellingly-realistic world.

From this perspective, the Silicon Valley firms commercializing this new tech will benefit massively from COVID-19 and all its protocols of distancing and having people confined at home during lockdown. With “geofencing” coming into effect and vaccine passports ending travel as we knew it, people will be incentivized to travel virtually, socialize online, and even fulfill their sexual fantasies in the metaverse.

Of course, it’s already happening. Corporations have figured out they can save money with a reduced real estate footprint, shuttering office towers as more people work remotely. Telemedicine and online learning are becoming the norm. The pandemic has normalized such things as family reunions on Zoom, graduation ceremonies on Minecraft, weddings held on Animal Crossing, and trying out different outfits or hairstyles online. Few realize this is just the early days of the population being herded into the mirror world or metaverse, which is also called the Magicverse, AR Cloud, Live Maps and Spatial internet. Facebook is beta testing a virtual reality social media platform called Horizon; Microsoft, Magic Leap and Niantic are working on their own versions.

At this point you’re imagining the metaverse as a built environment you access virtually from home, but it also projects into the real world. (The definition of “real” will soon be under revision.) You’ll soon step outside wearing updated versions of Google eyeglasses and other “wearable tech” and see the normal world augmented with digital images and information. You’ve heard of Elon Musk’s “Neuralink” brain-machine interface—an early version of which was unveiled in August 2020 by way of a pig named Gertrude with a coin-size chip implanted in her brain. Soon the tech will be implanted in humans, who will no longer need to don clunky VR headsets or wear devices.

A demonstration of this is better than a written description, ergo I link at the end of this article to a short YouTube demo video. In essence, people will experience a digital overlay of their visual and sensory experience.

Imagine walking down the street past store signs and billboards in which every message is customized to you. Arrows will guide you to your destination, without your having to consult a map on your cell phone. When you sit at a restaurant, the menu will appear in your field of vision, highlighting suggestions based on past preferences. You’ll learn the calories in a dish just by pointing at it. Instead of taking a photo of a person or scene, you’ll simply say, (or think!) “save to library” for future viewing. Did you forget the name of a coworker? No problem: their name tag will pop up beside them. Forget staring into a television screen while you ride an exercise bike?; you’ll enjoy riding through the Alps or along a tropical beach in a completely immersive environment.

Undoubtedly this technology is interesting and “cool.” Much of it could add true value to our experience, but there’s a potentially coercive dimension. American investigative journalist discovered documents via a FOIA request that the CIA and other intelligence agencies have been in close communication with Silicon Valley execs planning what sounds like an Orwellian dystopia of total surveillance along the lines of the Chinese social credit score system and its network of hundreds of millions of facial recognition cameras that feed AI algorithms.

Adobe Aero already has “behaviour builder” technology. Given the investment in 5G that can monitor our biometrics even while we sleep, and tell when a woman is ovulating or whether our blood pressure is high, can we trust Big Data not to combine all this tech in AI tyranny? These developments are bounding ahead of much-needed privacy rights discussions. It’s one thing for my Google glasses to remind me of Bob’s name at the office water cooler, or help me get it on with Sailor Moon; it’s another matter if the tech allows the state to read my negative emotions while I watch a speech from the Supreme Leader and decide I can’t ride the bullet train tomorrow morning, or even leave my house.

A side effect of the pandemic (some might say its intention), has been the destruction of hundreds of thousands of restaurants and businesses in North America alone. Many will never recover, and their former employees will soon be offered a Universal Basic Income (UBI) while robots take over their jobs. When US President Joe Biden extolled that if a 50-year-old can shovel coal into a blast furnace, they can be retrained to “write code” he was alluding to what’s called the “gig economy.” This is a job market with no security in which people will be retrained over and over to perform the drudge work of all this digital stuff, which World Economic Forum (WEF) leader Klaus Schwab calls the Fourth Industrial Revolution (4IR). (Note that Schwab explicitly cheerleads for the combining of human anatomy and digital technology.)

As extolled in its famous “You will own nothing and you will be happy” infomercial, the WEF is promoting a two-tier economic system in which a billionaire neo-aristocracy will preside over a digital proletariat crammed into megacities, living in 300-foot apartments they won’t own, whose living rooms will be used for meetings by strangers when they’re out performing some assigned task. The gig economy is already well represented by the technology platform Fiverr, in which workers from around the planet bid on freelance assignments advertised by people in need of everything from a new website to, well, almost anything you can think of. While the platform currently skews currently to graphic design and computer jobs, the template can (and will), be expanded to any and all work. This is promoted positively, the idea being that an elderly or disabled person could be empowered to participate in the economy, and distance will be erased. For example, if farming is done with large remote-controlled machines, a handicapped person could harvest crops in Guatemala from their desk in New York for a few hours in the morning, before performing note-taking duties at a virtual board meeting later in the day in San Francisco.

It all sounded innocent enough when things got rolling a decade ago. Back in 2011, Second Life founder Philip Rosedale launched a venture called Coffee & Power—a San Francisco-based startup that raised $1 million in funding from Amazon CEO and founder Jeff Bezos, Greylock Partners, Mitch Kapor, Catamount Ventures and Kevin Rose. The company leveraged its Worklist, which allows programmers to develop and receive payment for small pieces of code.

Like Fiverr, the platform is a virtual marketplace for gig economy tasks. It has its own currency and payment system called “coffee dollars,” a chat feature and game-like ratings and reviews. Integrated with maps, people can use SMS and mobile phones to offer or bid on jobs, which are called “missions.” It was launched with a physical space, too, where people can meet and share a boardroom or a temporary desk. (You may have noticed such shared temporary workplaces popping up in your town or city.) Competitors in the space back in 2011 included Zaarly, TaskRabbit and Gigwalk.

It all sounded new and exciting, until we fast-forward to today and look carefully at Microsoft’s patent—the one with the alarming “060606” in the title—for technology that will allow the company to surveil a person’s biodata and “mine” the actions of a person (e.g., a person tasked to watch a video, or play a game), in a manner similar to the way people mine Bitcoin with computers.

It seems the economy is being “gamified” and we’re the tokens on the game board. And if that doesn’t scare you enough, let me leave you with one final thought: when eventually the machines can perform all these tasks, and there’s no need for workers, what will become of us?

If you believe the message on that strange henge structure in Georgia, the answer may be written in stone.