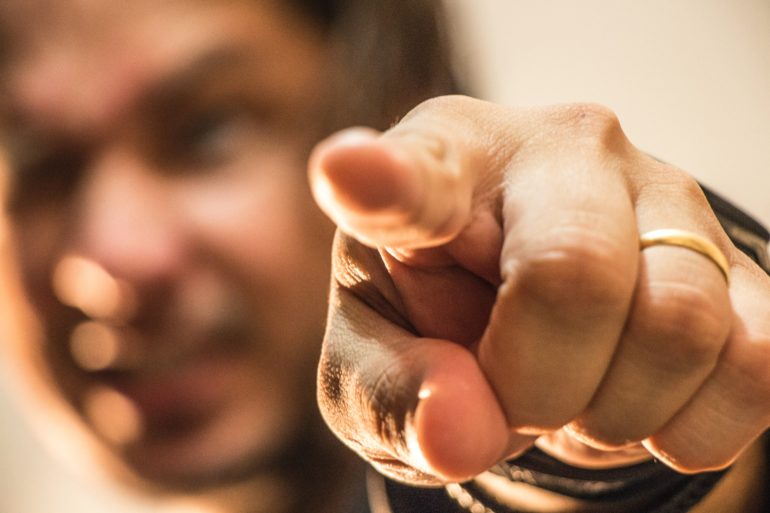 The Government Acting Like Our Parents Is Completely At Odds With How A ‘Free’ Society Is Supposed To Function.

What Is The Role Of Government?

It’s something we no longer discuss much in Canada, since all the main political parties (both provincially and federally) have decided the role of the government is to protect you from yourself.

But shouldn’t we be discussing this? Shouldn’t we be having a conversation about whether the government is supposed to defend our rights, or be our parent? After all, we have completely abandoned the idea of treating people like adults. Consider the tone of voice many provincial leaders and public officials use when addressing the public.

Consider that as much of the rest of the world opens up – including our neighbours to the south – Canada is one of the most locked-down places, with some provinces issuing even stricter rules in the last few days.

Further, as we’ve seen throughout, there has been no creative thinking, and no adaptation. For example, at a press conference, Jason Kenney was talking about how the United States has far more ICU beds per-capita than Alberta does. Of course, Kenney is the Premier of the province, and is thus responsible if the system can’t handle things. To talk as if he’s some disinterested observer noting an ICU bed disparity is quite odd. And of course, the importance of fitness and the risk of obesity is still completely ignored, with fitness actively discouraged by those in power as they shut down outdoor events.

Many ‘leaders’ have also arrogantly lectured and blamed the public, despite the many reversals, contradictions, and outright hypocrisy of politicians who are stumbling around in chaos. How many times were we told, “we’re all in this together,” while tens of thousands of small businesses were wiped out, hundreds of thousands of Canadians lost their jobs, and the politicians kept getting their full, guaranteed salary throughout? The fact is, there was obviously one set of rules for the politicians, and another for the rest of us.

Again, that mirrors how parents and children interact. Parents get to do many things that children can’t. Often, we hear about the ‘do as I say, not as I do,’ attitude, and that’s exactly how governments of all stripes have acted. Yet, the government is just a bunch of adults, serving other adults. It shouldn’t be a parent-child relationship at all. We don’t have rights, we have privileges. Many Canadians believe we have rights.

And sure, we have a Charter of Rights and Freedoms. But how much good has it done in the past year and a half? Let me ask you a few questions:

Do you have the right to leave your home and go for a walk?

Do you have a right to keep your business open and choose what level of risk you and your customers are willing to face?

Do you have a right to gather with your family indoors or outdoors?

Do you have a right to gather and worship?

Do you have a right to exercise outside?

Of course, you may think that you have those rights.

If a right can be extinguished and ‘suspended’ simply on the whim of a provincial Premier (and make no mistake, regardless of claims to be ‘following the science, this all comes down to what Premiers decide), then it’s not a right, it’s a privilege. It’s a privilege granted to you by politicians, just as a parent grants their child an allowance or lets them go to their friends house.

I really want you to think about this, and talk to people you know about it. What rights do we really have? Many of the most basic freedoms we assumed were ironclad have been ‘suspended’ with shocking ease by those in power, including by those who once claimed they didn’t have the power or authority to do so. Somehow, the power for politicians to restrict freedom in Canada always manifests itself, while our freedoms are quick to evaporate.

Many politicians now seem addicted to this unhealthy parent-child dynamic. That’s certainly the case for Doug Ford, who announced a ‘re-opening’ plan that is anything but:

“If you wanted to design a pandemic reopening plan that didn’t do much actual reopening, it would look exactly like the steaming mess Ontario Premier Doug Ford and his skilled team of advisers deposited on long-suffering Ontarians Thursday.

Ford’s so-called “Roadmap to Reopen” describes an epic journey that doesn’t even begin in any significant way until June 14. Then there will be limited retail and some additional outdoor activity (although golf courses and tennis courts can start earlier, reopening this long weekend) .

At a minimum, it will take an additional 42 days to reach stage three of Ford’s plan, which is still not a full reopening. People have sailed around the world in less time. Ford repeatedly called his plan “cautious.” No kidding. He thinks it won’t be safe to get a haircut until 70 per cent of Ontarians have received one vaccination and 20 per cent have had two.” Indeed, while schools are going to be opened in much of the country, they will remain closed in Ontario.

Ford – who says he’s following the experts – now seems to simply go for the most restrictions he can. Ford, like Trudeau, and like many other politicians in Canada, have decided that they are meant to act like parents and treat us like children.

Rather than give advice, and then respect the voluntary right of Canadians to make our own choices and take our own level of risk, they insist on treating us as if we are children who need to be told what to do and need to be controlled ‘for our own good.’

And, while we are all told this is temporary, a precedent has been set for a huge overreach of government power. What happens if an upcoming flu season becomes more deadly than usual?

Will we all be restricted again?

Will our ‘rights’ once again be revealed as nothing more than privileges doled out by politicians?

Instead of continuing on this anti-freedom path, it’s time to start treating people like adults again.

This article was originally published at
www.SpencerFernando.com