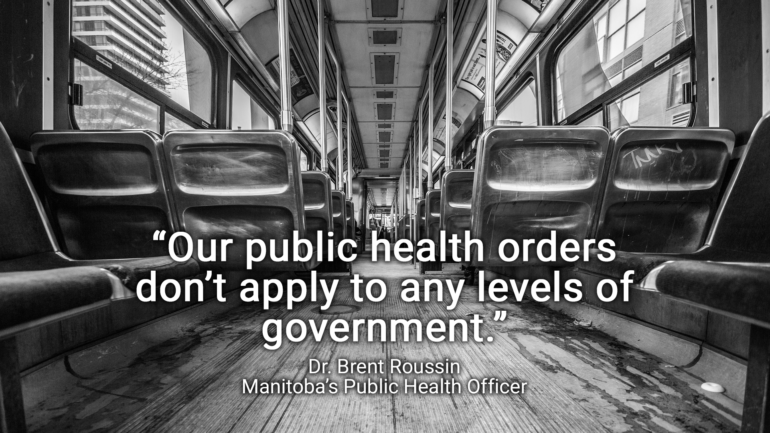 Rules For Thee, But Not For Me

Presented here, is a list of politicians and other authority figures who seem to think they are “above the law.” Quite an interesting phenomenon taking place during this COVID fiasco. We are seeing more and more of our leaders thinking the draconian rules regarding distancing, lockdowns, and mask wearing are not rules that apply to them. Why? Well, there are some rather obvious possibilities in answering that question.

In no particular order, let’s start with the onslaught of “Christmas cheaters.” Apparently quite a gaggle of politicians decided the Christmas “lockdown” just wasn’t going to apply to them. According to numerous news sources, Tracey Allard, an Alberta government minister, confessed that she and her family headed for Hawaii this past Christmas. Her reason? It was a family tradition. Apparently, word got out and Allard was greeted on her return by a group of angry Canadians brandishing signs saying, “Aloha Allard.” Ontario’s finance minister, Rod Phillips also flew the coop during the Yuletide season to a cozy tropical island and was a bit deceitful about it posting on social media a Christmas Eve greeting, complete with a nice roaring fire in the family fireplace (in Toronto) that later was discovered to have been pre-recorded. He lost his job over it.

Earlier in the spring when all this COVID hysteria started (March 20, 2020) Patty Hajdu, Minister of Health, adamantly warned Canadians that there would be strict penalties for anyone refusing to comply with public health recommendations. She is quoted as saying, “Let me be perfectly clear: We will use every measure in our toolbox at the federal level to ensure compliance. No exceptions.” No exceptions except other government officials, of course – or so it seems. Some have lost their jobs, or been seriously reprimanded, but typically they are forgiven with a slap on the wrist, while the rest of us experience serious fines and at times arrest.

In early 2020 Toronto’s Mayor, John Tory, apologized profusely for taking his mask off while talking to protesters in Trinity Bellwoods Park in Toronto, breaking distancing rules as well. His apology was enough to avoid any other more serious action. Our own Prime Minister Justin Trudeau flouted the country’s own set rules by visiting his family over Easter, traveling across the border from Ontario to Quebec. Ontario’s illustrious Premier, Doug Ford, invited his two daughters, who do not live with him, to his house on Mother’s Day. Meanwhile ordinary citizens are being fined $880 per infringement of physical distancing rules, such as rollerblading in a public parking lot. Even when the lot is empty!

Most Canadians apparently want violators to be punished for infringements (according to a poll conducted in partnership with the Association for Canadian Studies and Leger). But it stands to reason that would include everyone and not exclude politicians.

More defiant folks who apparently believe they are above the rules: Liberal MP Kamal Khera and Sameer Zuberi both left their posts after traveling internationally, against the rules, during the Christmas holidays. Three other Liberal MP’s also took summer trips abroad as “they required to complete essential family affairs.” MP Alexandra Mendès travelled to Portugal last July, MP Lyne Bessette flew to Mexico via Massachusetts in August, and MP Patricia Lattanzio skipped over to Ireland in September. Conservative MP David Sweet ended up resigning after his jaunt to the US during the holidays. NDP MP Niki Ashton, after sharing her dubious travel to Greece to visit her ailing grandmother, lost her government station. Senate Opposition Leader Don Plett travelled to Mexico for part of his Christmas holiday ignoring government advisories forbidding international travel. Jeremy Nixon (MLA for the Alberta riding of Calgary-Klein), Pat Rehn (Nixon’s legislative colleague representing Lesser Slave Lake) and Tanya Fir (Calgary area MLA) got off the hook by making a social media public apology for ignoring similar restrictions set for all – that’s it. There are so many of these blatant violations it seems to be rather habitual amongst the “political elite”, and clearly in defiance of rules that were established for all of us, not just ordinary citizens.

These infringements are not limited to just breaking travel restrictions, and/or gathering with family, but also for breaking rules around social distancing and other pandemic restrictions. In July, a CTV News report appeared citing nine Ontario politicians who were being accused of holding a public event in Owen Sound. The Beards for Bucks fundraiser included, in attendance, Progressive Conservative MPP Bill Walker, Conservative MP Alex Russ, Owen Sound Mayor Ian Boddy, Southgate Mayor John Woodbury, Hanover Deputy Mayor Selwyn Hicks, Grey Highlands Deputy Mayor Aaskash Desal and Owen Sound Councillors Travis Dodd, Richard Thomas and Scott Grieg. All of these politicians had their beards trimmed by professionals as part of the fundraising cause. “Any services that tend to a customer’s face” are a specific “no no” under Stage 2 restrictions (Toronto.com description of Stage 2 restrictions). So why is this fundraiser exempt while professional hair salons are going out of business left and right due to these same restrictions?

One such professional, Mindy Biggar, the owner of an Owen Sound spa, claims that she has lost 80% of her business due to the Stage 2 restrictions. These politicians were obviously not wearing masks while their beards were trimmed. What gives?

There are many more violators than are listed in this article, and then many, many more in the US and other countries. It is a pandemic of “rules for thee, but not for me.” Although many of the politicians in these examples are punished in some way – by losing their jobs or being stripped of their government roles – it makes one wonder how many others go unnoticed. What happened to the adage “we are all in this together” and that “community unity in crises” concept that has been crammed down our throats since last March? It appears to this writer that these people don’t see the same urgency, and potential danger, they expect the rest of us to see – and respond to. An Alberta ER physician, Dr. Shazma Mithani stated these politicians who give no respect to the rules that the province and that Canada has decided are necessary to control this virus, constitutes a “slap in the face.” Or do they know something they aren’t sharing with the general public? – that maybe this situation is not quite as serious as they want us to believe it is?

The most egregious infraction of all comes from the City of Winnipeg where the Chief Provincial Public Health Officer, Dr. Brent Roussin announced, “our public health orders don’t apply to any levels of government, so they don’t apply to federal, provincial or municipal governments.” Really? In this case the reference was to the opening of gym facilities in several government locations, but his rather clear comment certainly applies to all “public health orders”. In the meantime, privately owned gyms, for the rest of us, are closed.

Helen Salako, a personal trainer at Featbody in Winnipeg said, “I watch the news every day waiting for the restrictions to be lifted and it’s a betrayal that other things like personal trainers’ studios have to be closed because the city’s fitness studio is open.”

Rules for thee, but not for me. How true indeed.