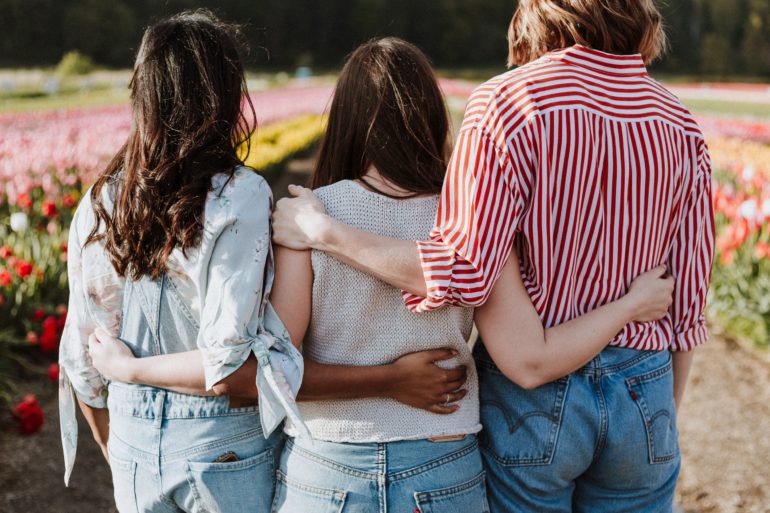 (HUGS) The Importance Of Physical Touch

In times of lockdowns, masks, and social distancing, it is easy to forget the primary language of humanity is physical touch. Physical touch – hugs, kisses, massage, holding hands, sexual intercourse, massage, and any other skin-to-skin contact between humans – has significant physical, mental, and emotional benefits on the human body. Physical touch has been proven to stimulate immune response, ward off infection, lower blood pressure, decrease feelings of loneliness, anxiety and depression, and increase feelings of compassion, trust and safety. The lack of physical touch is known to have a profound, negative psychological impact on the body. “Touch is our first language and one of our core needs. The touch of a safe, trusted loved one can alleviate anxiety and promote a sense of well-being without doing anything else”, stated Dr. Jon Reeves, a clinical psychologist in Seattle, Washington.

Massage therapy, the manipulation of the body’s soft tissue, is known to reduce stress, and have a positive effect on immune response. “We found massage actually increases natural killer cells. Natural killer cells are the front lines of the immune system. They kill viral cells, bacteria cells,” stated Tiffany Field, PhD. Director of the Touch Research Institute at the University of Miami, Miller School of Medicine, in Miami, Florida.

“We know people experiencing ongoing conflicts with others are less able to fight off cold viruses. We also know people who report having social support are partly protected from the effects of stress on psychological states, such as depression and anxiety,” stated Sheldon Cohen, a psychology professor at the Carnegie Mellon University in Pittsburgh, Pennsylvania.

Cohen and his team published study results in the Psychological Science Journal in 2015 concluding greater perceived support and more-frequent hugs in study subjects predicted less-severe illness signs after they were exposed to a common cold virus.

“We tested whether perceptions of social support are equally effective in protecting us from stress-induced susceptibility to infection and also whether receiving hugs might partially account for those feelings of support and themselves protect a person against infection. Either way, those who receive more hugs are somewhat more protected from infection,” stated Cohen.

Physical touch can be attributed to increased feelings of compassion, trust and safety related to the release of oxytocin, a hormone commonly referred to as the love hormone. Oxytocin release has been linked to maternal behaviour, lactation and social bonding in humans.

Paul Zak, a professor of economics at the Claremont Graduate University in Claremont, California, has studied the relationship between oxytocin release and trust between humans. His studies have determined when someone demonstrates trust towards another person, the body releases traces of oxytocin in what he called “a fleeting signature of safety and care.” This results in a higher oxytocin level and creates a feedback loop where the brain is motivated to be more trustworthy. “It’s a beautiful kind of system,” he stated. His research has shown oxytocin release can happen during massage, eye contact, watching emotional films on television, and even when one is posting on social media.

Unfortunately, lockdowns, masks, and social distancing recommendations by public health officials around the world have created a severe touch deprivation problem within human society. Online communication may have increased, but it is not an adequate substitute for skin-to-skin touch. “I think social media has been really detrimental to touch. Being on your phone is distancing people physically from each other. It used to be in airports, you’d see people hugging and napping on each other. Now, they’re just not touching,” stated Fields.

The lack of human touch is contributing directly to increased blood pressure, heart disease, decreased immune response and increased levels of anxiety and depression in all demographics. Stimulation of the skin through touch, massage therapy, or exercise is essential to wellbeing and health.