Active Duty Police: “Together, we can win our freedoms back!” 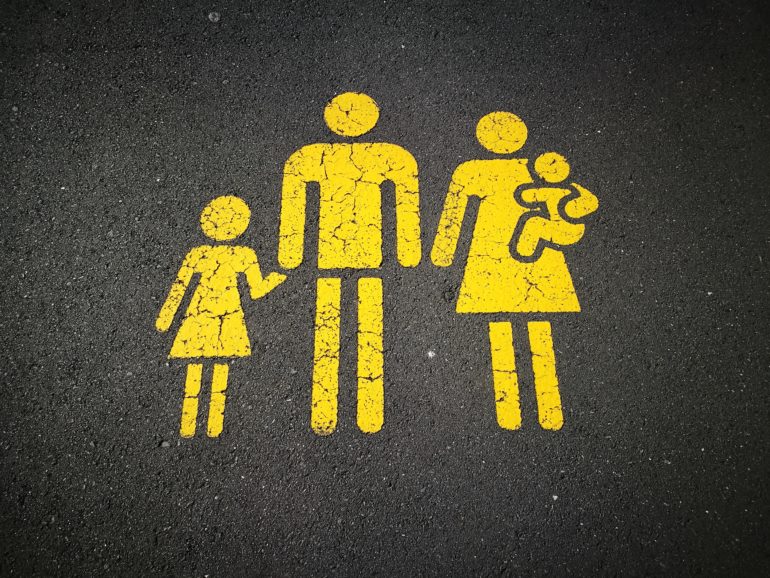 Government Must Stop Trying To Replace The Role Of Family

The more the government tries to act like a parent, the more destabilized and entitled our society becomes. As Canada honours Father’s Day, many are reflecting on the role our Father’s play in our lives.

My Father came to Canada from Trinidad when he was young, and despite starting with very little, managed to build a life and help give me the opportunity to succeed and chase my dreams, for which I am very grateful.

And as we reflect on how our parents have influenced our lives, we can also see and acknowledge a concerning trend that continues to pick up steam: Government trying to act like our parent.

This has been ongoing for some time, with government’s increasingly fulfilling the role of ‘provider’ and ‘protector,’ even in instances where individuals should be free to make their own choices.

For example, the welfare system often leads to the government being a provider for a parent and children, yet that ironically ends up making matters worse, since that provision is structured in such a way as to often dis-incentivize work and instead entrench dependency.

We have also seen disturbing incidents of government interfering in discussions between children and parents when it comes to gender, even taking children away and throwing parents in jail, a level of interference that should never be allowed in a free society. And when it comes to COVID, we have watched the government evolve into the ultimate exaggeration of the ‘parent’ role.

The government shut down businesses, told people to stay home, threw people in jail for gathering, imposed fines, and more. In effect, they imposed curfews on the wayward population to ‘keep us in line.’ And of course, all of it was ‘for our own good.’

Of course, government attempting to act as a parent is all about power, and it thus creates an unhealthy power imbalance. Politicians love to try and control the lives of the population, and thus they are glad to see the role of government expand. But in trying to make government a parent, the best that can be done is to create a distant and authoritarian parent-child relationship.

A government can never be ‘there for you’ like another actual human being, and can only rule through fear and dependence, neither of which are healthy. Government is a cold and distant bureaucracy, and thus can never do what a parent can.

What about people without parents?

At this point, some may be saying ‘well, not everyone is lucky enough to have parents, or have good parents, so what about them?’

Well, for most of history, it wasn’t simply assumed that the government would intervene in those cases. Government was supposed to exist to provide some basic functions like a national defence, judicial system, and some services, not try and control the direction of our lives.

Further, there was a stronger sense of community, with religious institutions, community groups, and the private sector helping those in need. Ironically, because of how much government interferes these days, many people simply leave problems for the government to fix, feeling they pay enough in taxes and have thus done their part.

“Long before the COVID recession, the generosity of Canadians, measured by charitable donations, was already steadily falling. From 2008 to 2018, the percentage of tax-filers donating to charity fell from 24.1 percent to 19.4 percent and the percentage of aggregate income donated to charity fell from 0.62 per cent to 0.54 per cent. Because many different factors affect people’s decisions to give to charity or not, however, the reasons for this decline are hard to identify exactly.

Interestingly, some economists have pointed to the level of government spending. The more government spends on welfare, education, environmental conservation and so on, the less people feel obliged to donate privately to these causes. This partly explains why in the United States, where total government spending is lower than in Europe and Canada, there’s relatively more charitable giving.

But even in the U.S., charitable giving is not as high as it once was. The period of the greatest charitable activity, famed economist Milton Friedman often pointed out, was the second half of the 19th century—the heyday of laissez-faire capitalism, when total government spending was less than 10 percent of GDP.

There was a significant expansion of government spending in the 20th century, however, and the costs extended far beyond higher taxes and government debt. “One of the worst things, in my opinion, that has happened as a result of the welfare state,” said Friedman, “is the destruction of private mechanisms” for promoting charitable activity.”

One of the ironies of the government increasingly acting like a parent is that it indeed reverts many people to a more child-like mindset. A key part of becoming an adult is taking responsibility for our own lives, recognizing that we must take action to succeed and build the kind of life we want.

Truly effective parents manage to balance the importance of providing support while also discouraging dependency, giving young people a push to test their own abilities and become more and more independent over time. For those who never get that push, they remain in a state of dependency, and develop an attitude of entitlement. This filters out through all of society.

Thus, we arrive at the situation we are in today, where every interest group feels entitled to government money (rather than competing on their own merits), and politicians of all political stripes are afraid to cut spending, as they are so locked into the mindset of government being the key provider.

Additionally, as we saw with COVID, a significant portion of the population believes the government must restrict freedom to protect them from both their own personal choices and the choices of others. They literally want to be controlled and restricted, because fear has pushed them into a submissive mindset.

If Canada continues to go down this road of seeing the government as a parent, we will further weaken the bonds of family, and further reduce the authority of Fathers and Mothers. That would be disastrous, as the increasing coldness and entitlement of that kind of society leads to disastrous outcomes. Instead, the government needs to step back, and we need to promote self-reliance, independence, and protect the authority of Fathers and Mothers.

Active Duty Police: “Together, we can win our freedoms back!”

The Missing Pages of Our COVID-19 Vaccine Informed Consent Document