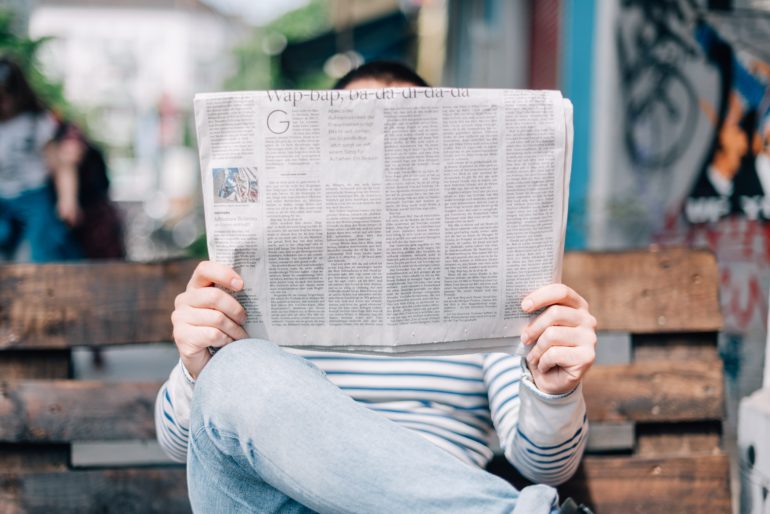 On Sunday, February 7, CTV National News aired the following segment: “In all the confusion surrounding COVID, we have a warning tonight about cold-hearted criminals preying on the vulnerable and using misinformation to steal their money. Now Ottawa is investing in counter-measures to expose the scams.”

The segment then goes on to show an Ottawa city councillor going door-to-door with a copy of Druthers newspaper in one hand (presumably to warn the residents), and a stack of paper of what the council man called “information from our medical professionals” in the other.

“I had a few people that are pretty concerned because it looks like a pretty legitimate piece of material” the councillor says – as the camera zooms in to the front page of Druthers, featuring the logo, and continues to show other pages from the January edition of Druthers. While the anchor warns that “scammers are looking to take advantage of the anxiety and fear felt by so many”.

The segment then ties Druthers to a phone scam, where scammers call asking for money in exchange for receiving a test or a vaccine faster. It then concludes by warning CTV listeners: “to protect yourself, experts recommend you be critical with the information you read or receive, and that means double checking it on a (mainstream) news or government website”.

So, it would appear that CTV news is fighting independent journalism and alternative information like Druthers by misleading their viewers into believing Druthers is scamming people.

Obviously, Druthers is not a scam. Clearly we do not and will never sell or promote vaccines. 100% of donations go directly to printing and distribution of the paper. This grassroots movement is Guerrilla style; once the skids are dropped off in major cities, across Canada, over 300 volunteers freely distribute them in their neighbourhoods. This paper is by the people and for the people.

CTV was right about one thing though: be critical of the information you read. That not only includes alternative sources of information, but it especially includes mainstream news as well as information given to us by the government. We live in a world where billionaires and special interest groups fund our politicians, our media, our “experts” and even the so-called “fact-checkers”. It’s time we speak up and call them out.

We invite you to help defend Druthers against these slanderous claims. Watch this video then see the description to learn how to file a complaint against CTV News @ www.druthers.net/CTV