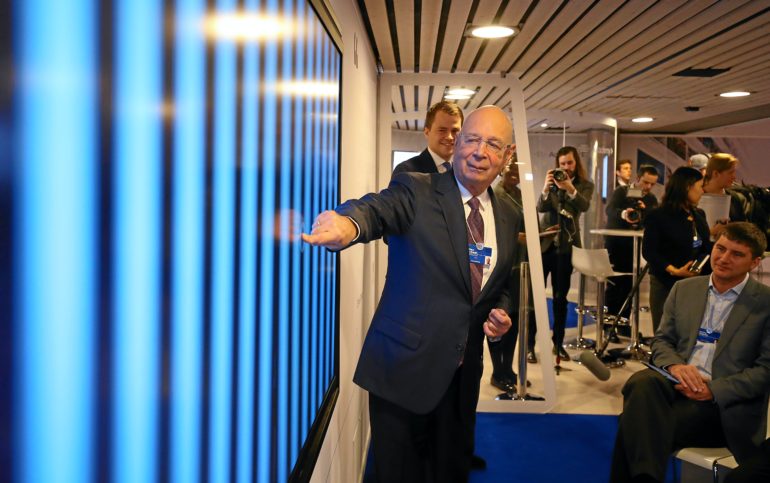 The Great Reset went from a fringe discussion to mainstream news in just a matter of weeks.

The plan, which has been around for years, was previously dismissed by the masses as a conspiracy theory. Too wild and crazy to possibly be true. This reset was nothing more than a bad sci-fi movie plot, it couldn’t possibly happen in real life. Suddenly though, it’s not so easy to brush off the topic. Prime Minister Justin Trudeau and other Canadian politicians are openly talking about the reset, as is the Royal family and plenty of other influential people around the world. It’s all out in public view.

So, what is The Great Reset? Simply put, it’s a massive restructuring of our society and life as we currently know it. I’ve put together a quick, easy-to-digest breakdown so beginners can begin to grasp what’s happening around them. I’ll follow up with more detailed content on the various aspects of the plan in the coming weeks so be sure to subscribe to the newsletter (FreeNorth.news)so you don’t miss out.

This is one of the most easy ways to get thrown off when starting your research. The Great Reset is commonly known and referenced by a number of names. Agenda 21; Agenda 2030; Globalism; New World Order; or the Fourth Industrial Revolution. You might hear the reset referenced by any of these names. At the end of the day, the goals are all the same.

The rich and powerful that make up the world’s elite is the easy answer. There are a few debates about who exactly is at the top of the pyramid. The British Monarchs and big banking dynasties are cornerstones with the Rothchild and Rockefeller families among the most famous names at the top of the banking list.

These rich and powerful families call the shots through their Think Tank groups that influence so many of the policies our governments follow. The United Nations & W.H.O., Council on Foreign Relations, the Royal Institute of International Affairs, Trilateral Commission, the Club of Rome, and the Bilderberg Group to name a few.

These groups shape so many of the policies for our governments despite the fact they were never elected, making it easy to see who is in charge and why our local governments so often make decisions that don’t benefit the people they were elected to represent.

The main goal of the Great Reset is the abolishment of nations and creation of a one-world government, aka: New World Order. George H.W. Bush referenced the New World Order multiple times. Joe Biden says there is a task to create a “New World Order”. The creation of a one-world government isn’t that outrageous if you notice that they’ve been incrementally pushing forward with this plan for years. Disguised under trade deals like NAFTA (North American Free Trade Agreement), the European Union for regional economic trade. Using the United Nations for global influence and dictating policies of nations… and plenty more. Just look at how large the United Nations has become.

The UN is on the brink of becoming a world government. They’ve got all the pieces in place, they just need the Western Nations to collapse. And they’ve been working with China to subvert Canada, the USA, UK and the West for years. Now, compare the UN goals with policies the Trudeau government keeps bringing in: gun bans, carbon taxes, war on fossil fuels, mass immigration. It’s all United Nations’ goals.

Everyone who says Trudeau is an idiot because his policies are hurting Canada needs to understand his priority is not Canada. His loyalty lies with the United Nations and UN Agenda 2030 – aka The Great Reset. He says it himself and even admitted it during his recent carbon tax hike.

A complete restructuring of society under the New World Order is inevitable if they are able to fully achieve their one-world government. The most concerning plan is the depopulation agenda, which coincidentally appears to coincide with vaccines. For those that haven’t been paying attention, the vaccine czar Bill Gates is constantly preaching vaccines. At the same time as he’s preaching, he claims he’s doing a good job of vaccinating the public and can lower world population.

Bill Gates openly promoted population control. He said, “The population is rising to about 9 billion people & if we do a really great job using new vaccines, health care and reproductive health services, we could lower that number by perhaps 10-15%.” This should easily make you wonder about the rushed COVID-19 “vaccine” that Gates has been pushing and heed warnings of doctors advising it could potentially cause infertility issues in females.

If you look at that list it’s easy to see that the war on fossil fuels has been on-going for some time. The cashless society and universal basic income have become a priority over the past year, while 5G systems have been going up while everyone has been stuck at home. Surveillance systems and the social credit score model in China will be rolled out across the globe, while the big changes will come down the line. They know we adapt to incremental changes in our lifestyle but would reject a full onslaught overnight.

The good news is that resistance is forming to The Great Reset as awareness builds. While you were busy running your kids to the rink or binge-watching TV, the UN and other front groups operated in the shadows. The world is waking up to the global agenda and citizens are protesting – pretty much everywhere but Canada. However, more and more Canadians are fed up with Trudeau and his un-Canadian agenda every day. But many are still sleeping and don’t realize the end goal of his decision-making. It’s on you to share this information and spread the word, so we can get more people caring about the future of Canada.