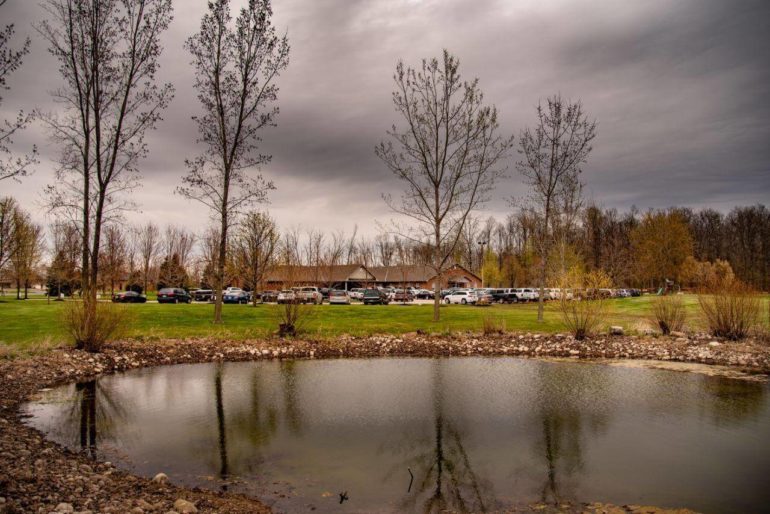 ST. THOMAS: The Justice Centre was in virtual court today in St. Thomas, Ontario, on behalf of the Church of God (Restoration) Aylmer, as the Attorney General of Ontario demanded over $200,000 in contempt sanctions, plus court costs, stemming from three outdoor services held by the Church of God. The Court refused to award the figure sought by the government, and instead fined the Church and its leaders a total of $85,500, plus court costs of $5,000.

The targeted enforcement order obtained by the government on February 12, which the Church has been repeatedly accused of violating, is being challenged by the Justice Centre on constitutional grounds. The matter is set for a three-day hearing beginning on October 4, 2021.

Meanwhile, the Church continues to try and serve its congregation. The Church faced earlier contempt proceedings, after it held a Sunday service indoors on April 25, 2021. In court on May 14, the Church of God and its leaders were ordered by the Honourable Justice Bruce Thomas to pay fines and costs totalling $117,000, and the local Sheriff was ordered to change the locks on the Church’s doors. Numerous police officers accompanied the Sheriff into the Church that day, as the congregation sang hymns and prayed for the officers.

The Church then held an outdoor service on Sunday, May 16 (regulations in place at the time in Ontario limited outdoor religious gatherings to 10 people) attracting many supporters outside its regular parishioners, for which it was hauled back into court for a second contempt hearing on May 31 and fined an additional $66,000 by Justice Thomas, including court costs.

Just a few days later, the Attorney General brought a third contempt proceeding for the outdoor services held on May 23 and 30, and later added the service held on June 6.

At the contempt hearing on June 11, Justice Thomas acknowledged that the province’s rules had recently changed to permit outdoor religious services, limited only by having enough space to permit physical distancing which was to be observed by participants. While he found the Church and its leaders in contempt, he deferred sentencing until today to see if the Church was cooperating with physical distancing rules.

While the government’s lawyer argued that drone evidence taken by police the previous Sunday showed people not physically distancing, the photos produced plainly showed that there were many small groups spread out around the Church’s large acreage, and there was no evidence that they were not part of the same household. Furthermore, the government’s complaint that the Church’s livestream that day failed to pan over the congregation, as it has done on previous occasions, was dismissed by the Judge, who said that the burden of proof in the contempt proceedings was on the Attorney General, and the government failed to establish this allegation with proof beyond a reasonable doubt.

While the most recent church service was not the subject of contempt proceedings, Justice Thomas commended the efforts of Pastor Hildebrandt to encourage compliance with physical distancing among attendees, even if the Pastor’s announcement at the start of the service was couched in an admonition to the government: “Do as the Premier and Prime Minister say, and not as they do.” Pastor Hildebrandt’s comments referred to recent actions by political leaders, including the Ford government’s temporary suspension of the pandemic restrictions to permit a 10,000-person vigil to proceed in nearby London, Ontario, which was attended by political leaders at all levels of government. No physical distancing was observed.

“Events over the last ten days have shown, again, the rank hypocrisy of our leadership class, as the Prime Minister gathered in a group of 10,000 people, before immediately flying overseas to hobnob in person with other world leaders, including the 95-year-old Queen,” says Justice Centre lawyer, Lisa Bildy, who has been representing the Church in court.

“Pictures showed him in close contact with other leaders, none of them wearing masks, none social distancing or showing any indication, except in staged photos, that there is a serious health concern. Their actions show that it’s mostly pandemic theatre at this point, and the public should also be free to live their lives without government oppression.”