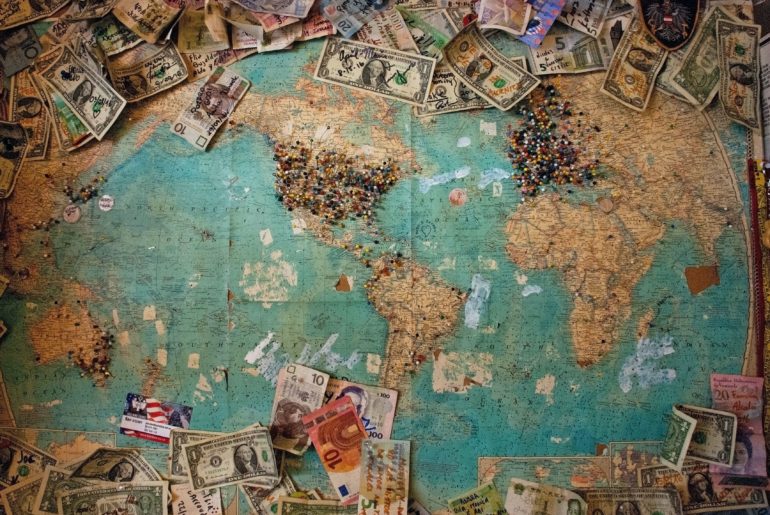 Around The World (November)

In late August, the state of South Australia began testing an Orwellian style smartphone app that uses facial recognition and geolocation devices to confirm a person’s location during home quarantine.

The government approved app allows trial participants to confirm their allocated location with regular check-ins. Participants in the trial are contacted at random times during the stay-at-home order and have fifteen minutes to respond by showing proof of a picture of their face and a location of where they should be.

According to the guidelines issued by the authority figures in South Australia (SA), residents who miss their geolocation check-in will receive a follow up phone call and will need to provide a rationale why they missed the notification. The Home Quarantine Support Team and/or a ‘compliance officer’ from the SA police may visit a resident’s home if compliance with the app protocols is not adhered to.

South Australia Premier Steven Marshall justified the totalitarian ‘Big Brother’ is watching approach by stating, “We just use it to verify that people are where they said they were going to be during the home-based quarantine”. Other states across Australia are also trialing facial recognition software.

Civil Liberty and Human Rights groups in Australia have questioned the privacy safeguards and personal rights around the invasive app and have urged better regulation and scrutiny in protecting basic human rights and privacy issues.

The app is another intrusive technological tool to ensure the public is complying with draconian measures. The normalization of surveillance technology by a so called free and democratic country is another nightmarish situation for Aussies.

In a sickening but unsurprising development in today’s covid world, Cuba has become the first country in the world to jab toddlers with experimental homegrown covid vaccines. The communist island has started the immunisation program for toddlers in the central province of Cienfuegos since Mid-September.

The Cuban government have strongly encouraged parents to immunize their young children. According to the Cuban Health Minister Jose Portal Miranda, “It’s alarming the numbers of infections of the new coronavirus that have occurred in Cuba in the last few months in the pediatric population”. The government have authorized the use of the risky covid shots despite awaiting approval from the World Health Organization.

Many countries across the world are naturally cautious about the need to jab young kids against covid. Arnaud Fontanet, an epidemiologist advisor to the French government has asked the question of whether the risk from covid in children outweighs the risk of potential adverse reactions from the jab. More worryingly, the Cuban vaccines have not undergone any international, scientific peer reviews regarding safety and efficacy.

A comprehensive study carried out by scientists from the University College London, and the Universities of York, Bristol and Liverpool examined the risk of covid in children. The data analysis was gathered over 12 months and confirmed that the overall risk of children becoming severely ill or dying from covid is extremely low.

Other countries that are jabbing young children include China, Venezuela, Chile, and the United Arab Emirates. Money thirsty and profit-making pharma giants Pfizer are also currently seeking emergency approval from US health authorities to jab children aged five to eleven with their covid shot.

We need to protect and advocate for our children more than ever from the powerful dark shadows that lurk in our society.

Lack Of Clowns In Ireland

The media across the world are gung-ho in fear mongering the public about possible food and fuel shortages coming into this winter season. Due to lockdowns and travel restrictions, an unexpected and peculiar shortage of clowns and other essential performers for the circus circuit is happening in Ireland.

The rationale for the lack of performers in the Irish circus scene is due to many foreign workers in the industry returning to their home countries when Ireland entered a strict lockdown on both sides of the Irish border. Many have not returned to Ireland since and many more have taken up work in other circuses across the world.

As covid measures are slowly easing, circuses in Ireland are reopening soon after being closed for over 500 days. David Duffy co-owner of Duffy’s Circus are currently on a recruitment drive for would-be jokers. Mr Duffy emphasised that the job is not all fun and games for potential candidates. He told the BBC, “When you go into the circus ring and you’ve got 700 to 800 people looking at you, no matter what sort of mood you’re in you have to light up that circus ring”. He added, “There is a lot more to being a clown than just putting on a red nose and a big, baggy pair of pants”.

Circuses across Ireland shouldn’t have any recruitment issues for stage clowns as there are plenty of real-life clowns in the clown covid world, we now live in.

Three elite corps that protect the Pope have refused the covid shot. The principled pontifical guards have since resigned, and three other Swiss Guards are currently suspended until they get the experimental vaccine under strict Vatican protocols. The mandated rules include withholding pay from all Vatican employees who cannot provide proof of the covid shot.

In an open letter published by the Italian website Renovatio, recently resigned Swiss Guard Pierre-Andre Udressy addressed the cowardly Vatican authorities. He bravely stated that, “What is certain is that, in all of this, what we are experiencing has nothing human let alone Chrisitan about it, and it is truly intolerable to see the holy Vatican City come to this point!”.

The Vatican has even designated one of their great halls for the sole purpose of running a vaccination clinic for the homeless community and most vulnerable in society. Since the 1st of October, entry into the Vatican City will only be permitted to persons who are in possession of a health certificate called a ‘Green Pass’ which attests to a vaccination, negative covid test or recovery from covid.

Pope Francis has strongly shilled for big pharma in the past few months. In a video message in conjunction with the non-profit US group the Ad Council, he shamefully said that getting vaccinated was “an act of love”. He added that, “I pray to God that each one of us can make his or her own small gesture of love, no matter how small, love is always grand”.

Pope Francis has already divided many Catholics across the world this year by limiting the traditional Latin Mass on where it should be celebrated and who can celebrate it. The Pontiff is also a global cheerleader for climate change and mass migration. The Pope responded to conservative critics who believe he is slowly eroding Christian traditional values by stating, “I personally may deserve attacks and insults because I am a sinner, but the Church does not deserve this, it is the work of the devil”.

It comes as no shock that a powerful institution like the Vatican are mouthpieces for the global agenda. Vaccine blackmail is alive and well in the Vatican City.