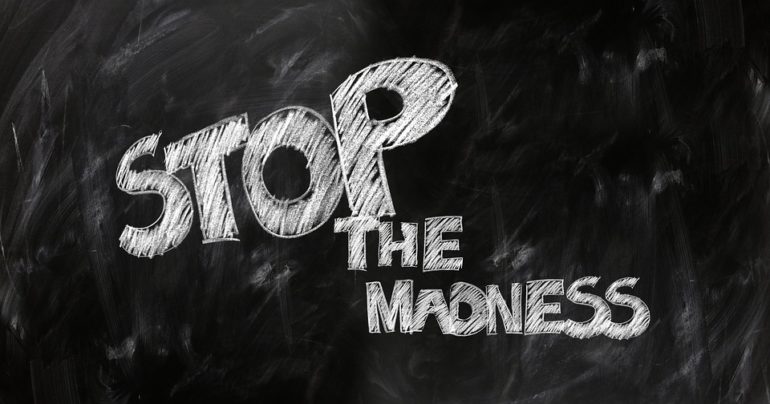 Ontario ICUs were never “overflowing” in 2020. According to a freedom-of-information request by Adamson BBQ owner Adam Skelly, both “the number of ICU admissions” and “the number of total ICU patient days” between 2015-2020 showed that both measures were lowest in 2020.

100 Royal Navy crew members get infected with COVID onboard the HMS Queen Elizabeth Warcraft despite all crew onboard the ship being fully vaccinated.

Israelis whose last shot was more than 6 months ago lose their “Green Pass” vaccine passport. Additionally, the Health Ministry of Israel asks the newly vaccinated to “avoid working out” due to myocarditis risk.

Whistleblower reveals to the Frontline COVID-19 Critical Care Alliance (FLCCC) that between 100-200 US members of congress treated their COVID with ivermectin over the past 15 months.

Unvaccinated woman has kidney transplant “put on hold” due to COVID vaccine “non-compliance” Her living donor was also denied by the Colorado hospital system due to being unvaccinated.

In addition to closing the border to the unvaccinated, as of October 30, 2021, Canadian travellers will need to be fully vaccinated in order to travel by air, rail, or cruise. To allow for time in-between vaccinations, until November 30, exceptions may be granted to individuals who provide a negative PCR test.

Australia went full fascist on September 22, 2021, when police in Melbourne fired pepper spray and rubber bullets at men, women, and children protesting against compulsory coronavirus vaccine passports. Victoria state police also instructed broadcasters, including SkyNews Australia, to not air any aerial shots of the protest and issued a no fly order, making it challenging to gauge the number of protesters.

An AI-powered US Department of Defense program named “Project Salus,” run in cooperation with the Joint Artificial Intelligence Center (JAIC),  analyzed data on 5.6 million Medicare beneficiaries aged 65 or older and concludes that “the vast majority of covid hospitalizations are occurring among fully-vaccinated individuals” and “outcomes among the fully vaccinated are growing worse with each passing week.”

Experts warn this is just the beginning of inflation because, as of now, all the currency that’s ever been created by the United States throughout all of its history till the year 2001 is equivalent to the currency created by the US since the COVID lockdown began in March 2020.

Still unvaccinated in Ontario? Expect a call from the government. The Ontario Ministry of Health announced the calls, first being rolled out in Northwestern Ontario, are part of a vaccine outreach campaigns by the Provincial Vaccine Contact Centre and are targeting any unvaccinated person with a health card “to encourage vaccination.”

An entire school in Wyoming was put on lockdown after one student refused to wear a face mask -and she was arrested and fined $500 USD for it.

The family of a young boy who died of cancer calls out Alberta Health for spreading fake news about boy’s death. The 14-year-old, who died in palliative care of brain cancer, tested positive for COVID 2 days before death. He was reported to be Alberta’s “youngest COVID-related death to date” until his sister’s Facebook post calling out the fake news went viral and sparked controversy.

CNBC is now tweeting out paid posts by Pfizer.

The New York Times issues a massive correction after overstating COVID hospitalizations among children by more than 800,000!  The number of U.S. children that have been hospitalized with COVID was 63,000 from Aug 2020 to Oct 2021, not 900,000 as the NYT reported. The article also botched actions taken by regulators in Sweden and Denmark and even bungled the timing of a critical FDA meeting.

The New England Journal of Medicine recently blocked the IP address of one of the inventors of the mRNA vaccines: Dr. Robert W. Malone, MD, (presumably because of his scientific criticisms).

Governor of New York State, Kathy Hochul, blames the unvaccinated for the death of a fully vaccinated person and preached about how god made this vaccine and “there’s people out there not listening to what god wants… I need you to be my apostles.” Hochul recently issued an executive order declaring a state of “emergency due to healthcare staffing shortages” as hospitals across New York State are suspending elective inpatient surgeries as they prepare to fire unvaccinated employees.

Singapore, widely considered to be a mainstream “success story” in its initial handling of COVID with closed borders and aggressive testing and tracing, was initially told an 80% vaccinated rate was the criterion for reopening. Singapore has now fully inoculated 83% of its population, but instead of opening up, it is doing the opposite.

Study published in Nature Public Health Emergency Collection finds “no discernible relationship between percentage of population vaccinated and new COVID-19 cases” and in fact finds “the trend line suggests a marginally positive association such that countries with higher percentage of population fully vaccinated have higher COVID-19 cases per 1 million people.” Massive increases in COVID hospitalizations and deaths were also observed in the fully vaccinated (from .01 to 9% and 0 to 15.1% respectively).

Youtube expands its ban on “misinformation” to include removing any video that may “cause vaccine hesitancy,” regardless of whether or not the content in the video is factual. This includes the removal of some CDC meetings, as demonstrated by the recent removal of the ICAN’s upload of a February 2018 ACIP meeting where they unanimously approved a Hepatitis B vaccine despite being “concerned” over “that myocardial Infarction signal.” The trial of this vaccine had 14 heart attacks in the test group and one in the control.

Dozens of hospitals in Canada, and all hospitals and long-term care centres in BC, now require visitors who are coming to visit inpatients  to be fully vaccinated and show proof of vaccination before entering the hospital.

FDA buries data on seriously injured child in Pfizer’s Covid-19 clinical trial. 12-year-old Maddie Garay was hospitalized with crippling, scream-inducing pain and symptoms within 24 hours of her second dose. Today, she is in a wheelchair and fed through a feeding tube, yet her injuries still have not been acknowledged by Pfizer or the FDA.

Retired TTC (Toronto Transit Commission) drivers received a letter in the mail asking for those who are fully vaccinated to temporarily fill in “for several months” due to a shortage of workers as a result of the vaccine mandate. Meanwhile, America is experiencing a nation-wide school bus driver shortage as more bus drivers quit over forced vaccination, Lyft and Uber are being asked to ask the drivers for help.

The largest health system in Louisiana (Ochsner Health) will start fining employees $200 per month if they are married or partners with an unvaccinated person as a part of the “spousal COVID vaccine fee.”

Mark Zuckerberg says he wants to create a “Metaverse” -a new era of the internet where there’s no distinction between the virtual and the real — and no logging off. The word “metaverse” was coined by Neal Stephenson in the book “Snowcrash” and it originally described a virtual world owned by corporations where end users were treated as citizens in a dystopian corporate dictatorship.

After yelling at protesters for their views in anti-vaccine mandate rally, a 64-year-old man in Palmdale, California drove his SUV straight into the crowd, seriously injuring a woman.

Dystopian detainment centre-like quarantine camps have launched in Australia and Australians say it’s like living in a prison with a heavy police presence. The country discontinued the used of quarantine hotels to open the rooms up for international travellers.

Church of God in Alymer, Ontario pays $274,000 in fines for holding church services during a pandemic.