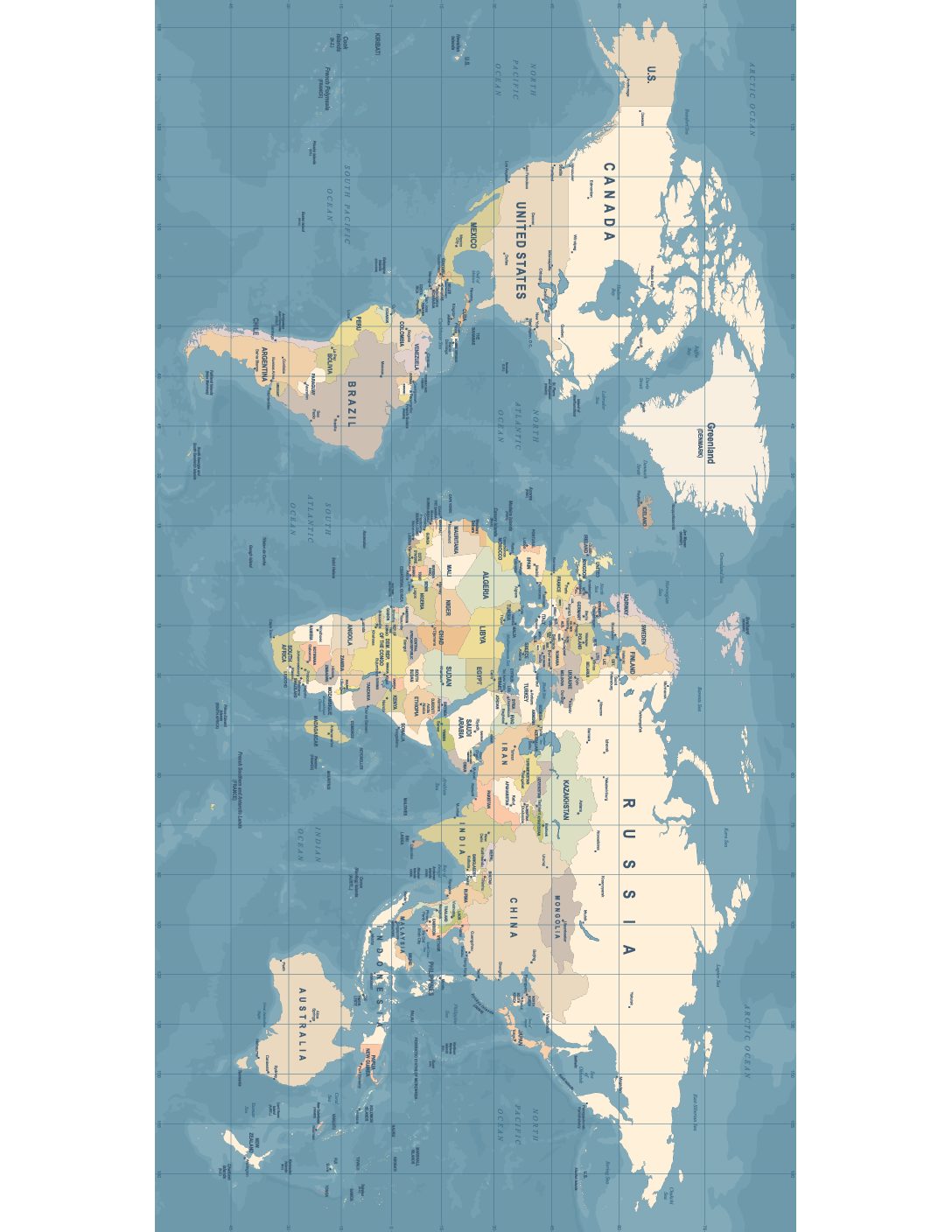 News from around the world

Stories from Around the World

Two Members of the European Parliament (MEP) from Germany and Croatia brilliantly roasted arrogant Canadian Prime Minister Justin Trudeau over his disgraceful and unforgivable handling of the freedom loving truckers protest in Ottawa.

In late March during a two-day trip to Belgium, Trudeau was at the European Union (EU) headquarters in Brussels speaking about the situation in Ukraine and the recent freedom convoy in Ottawa. Addressing the EU parliament, Trudeau labeled the truckers and protesters in Ottawa as “cynical populists”.

Croatian independent MEP Mislav Kolakusic faced down Trudeau in the EU parliament with some well needed home truths by saying: “Dear colleagues, dear citizens, Prime Minister Trudeau. Freedom. The right to choose. The right to life. The right to health. The right to work. For many of us [these] are fundamental human rights for which millions of citizens of Europe and the world have laid down their lives. To defend our rights, and the rights of our children, which we have acquired over the centuries, many of us, including myself, are willing to risk our own freedom and our own lives.”

“Unfortunately, today, there are those among us who trample on these fundamental values. Canada, once a symbol of the modern world, has become a symbol of civil rights violations under your quasi-liberal boot in recent months. We watched how you trample women with horses. How you block the bank accounts of single parents so they can’t even pay for their children’s education and medicine. So that they can’t pay utilities or mortgages for their homes.”

Kolakusic finished by stating; “To you, these may be liberal methods. But for many citizens of the world, it is a dictatorship of the worst kind. Rest assured that citizens of the world united can stop any regime that wants to destroy the freedom of citizens, either by bombs or harmful pharmaceutical products.”

German MEP Christine Anderson from the AfD grouping in the Parliament also grilled Trudeau on his blatant hypocrisy: “Based on article 195, I would like to point out that it would have been appropriate for Mr Trudeau, Prime Minister of Canada, to address this house, according to article 144 – an article, which was specifically designed to debate the violations of human rights, democracy, and the rule of law, which is clearly the case with Mr Trudeau.”

“Then again, a Prime Minister, who openly admires the Chinese ‘basic dictatorship’, who tramples on fundamental rights by persecuting and criminalising his own citizens as terrorists, just because they dared to stand up to his perverted concept of democracy, should not be allowed to speak in this House at all.”

Anderson concluded by saying, “Mr Trudeau, you are a disgrace for any democracy. Please spare us your presence. Thank you.”

Both MEPs received a rapturous applause from some parliamentarians in the chamber after their take down of Trudeau. The days of smug Trudeau holding court on a world stage and getting a warm reception everywhere he goes are now thankfully long gone

Police staff and defense forces in New Zealand have bravely stood up to a draconian government order requiring them to have two covid jabs by March 1st, or face losing their job.

3 courageous unvaccinated staff supported by 37 colleagues challenged the order and sought a judicial review based on the right to decline a medical procedure and the right to religious freedom. Written affidavits were submitted to the High Court.

The High Court rightfully overturned the discriminatory mandate and deemed it unlawful. Justice Francis Cooke said: “The order limits the right to be free to refuse medical treatment recognised by the New Zealand Bill of Rights Act (including because of its limitation on people’s right to remain employed), and its limits the right to manifest religious beliefs for those who decline to be vaccinated because the vaccine has been tested on cells derived from a human fetus which is contrary to their religious beliefs.”

The New Zealand Herald reported: “The lawyer for the police and Defense staff at the centre of the claim is now calling for the suspended workers to return to their jobs immediately, saying many have given decades of service to their community and are still committed to their jobs.”

Like a lot of global leaders, New Zealand Prime Minister and World Economic Forum cheerleader Jacinda Ardern does not respect the will of the people and the law. The government in New Zealand have now filed an appeal against the High Court decision.

Ardern may have had a stranglehold on New Zealanders for a long time, but it is refreshing to see some Kiwis take back control from the dictatorship.

Ukrainian President Volodymyr Zelensky’s recent address to the Greek Parliament was overshadowed and darkened by the presence of members from the controversial Azov regiment.

President Zelensky has been regularly addressing globalist leaders and global institutions virtually in seeking support for the complex situation in Ukraine. The leader of Ukraine also bizarrely spoke via video link at the recent Grammy awards.

In a video address to the Greek Parliament, Zelensky allowed a video message from two ethnic-Greek Ukrainians who were members of the ultra-nationalist Azov Battalion.

Syriza leader Alexis Tsipras reacted on Facebook by stating; “The speech of members of the neo-Nazi Azov Battalion in the Greek Parliament is a provocation. The absolute responsibility lies with the Prime Minister Kyriakos Mitsotakis. He talked about a historic day, but it is a historic shame. The solidarity with the Ukrainian people is a given. But the Nazis cannot have a say in our Parliament.”

Former Foreign Affairs Minister Nikos Kotzias was angered by seeing members of the Azov Battaltion and said: “The Greek government irresponsibly undermined the struggle of the Ukrainian people, by giving the floor to a Nazi. The responsibilities are heavy. The government should publish a detailed report of the preparation and contacts for the event.”

Recently in March, Zelensky banned eleven main opposition political parties in Ukraine including the second most popular party in Ukraine, the Opposition Platform for Life party (OPZZh). In the 2019 Ukrainian elections, the OPZZh won 13% of the national vote. In 2021, Zelensky signed decrees banning opposition media and TV outlets with pro-Russian stances.

Links to a questionable militia group and the banning of opposition political parties and media outlets is not the picture of a free and democratic country that Ukraine and global leaders like to continuously portray to the world.

The 17-page social studies lesson plan for secondary school teachers is to highlight the role British class structure and English dominance had on Scottish culture and in reinforcing negative Scottish stereotypes.

Lesson plans will include watching films about the Loch Ness monster including the 1996 family drama ‘Loch Ness’ starring Ted Dawson and Joely Richardson. The ‘educational’ document states: “The very idea of a prehistoric monster in a loch affirms the stereotypical idea Scotland is a rural wilderness, perhaps one bypassed by progress. This is a very British idea of Scotland, propagated previously by upper-class tourists in the 19th century.”

The social studies class also aims to encourage pupils to“construct a view of wider contemporary topics relating to Scotland, such as the independence referendum.”

According to Chris McGovern, chairman of the Campaign for Real Education: “It seeks to brainwash pupils into believing that Scotland is the victim of a wicked conspiracy to subvert and infantilize its identity. The nationalist cause must be in desperate trouble if it has to resort to such propaganda tactics with young people. My advice to teachers is to use the Nessie Plan itself as an example of how bias is used by educators.”

Local tourism business owner Willie Cameron and also affectionately known as ‘Mr Loch Ness’ optimistically told the Inverness Courier newspaper: “There is no such thing as bad publicity as far as Loch Ness is concerned. If it raises people’s heads and creates debate, so much the better. “He added, “I’m not overly impressed with some of the assertions within the lesson plan but so what.”

The Scottish National Party (SNP) under the leadership of Nicola Sturgeon are clearly in election/referendum mode by using ‘Nessie’ as propaganda to conjure up nationalist sentiments in young people.