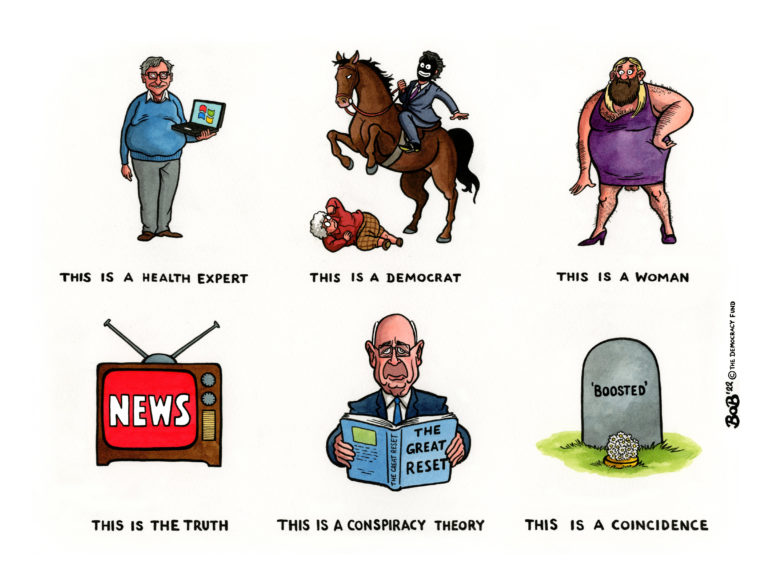 Study finds plastics in masks present in patients’ lungs. The study (Jenner et al.) from Great Britain discovered microplastic particles as long as 5mm in the lung tissue of 11 out of 13 patients undergoing surgery. Polypropylene (PP) and polyethylene terephthalate (PET) were the most prevalent substances present in the lungs. Microplastics were also detected in human blood for the first time in March, showing the particles can travel around the human body and may become embedded in organs. Researchers are concerned because microplastics cause damage to human cells in the laboratory.

The first-ever study to determine whether mRNA vaccines save lives publishes their data and concludes: they do not. To date, previous Randomized Controlled Trials (RCT) submitted to the FDA have only shown that vaccines may reduce symptomatic COVID. The RCT out of Denmark (Stabell Benn et al.) found that mRNA vaccines did not reduce all-cause mortality, as there was an increase in cardiovascular and other deaths in the vaccinated group.

Google Docs begins rolling out a new feature called “inclusive language” where the language you use within the Google document may be given “inclusiveness warnings” if non-inclusive language is used, and options may be given on how to “correct” your language. One example of what Google is doing now is if a user types “landlord” or “mankind” into their Google Docs they will get the “inclusive warning.” Apparently “property owner/proprietor” and “humankind” are better according to this feature.

Despite heavy lockdowns and vaccine mandates, the UK office of National Statistics released data showing that between April 27th 2020 and February 11th, 2022, approximately 70.7% of the UK general population has been naturally infected with SARS-CoV2.

A BC nurse is being investigated by the British Columbia College of Nurses and Midwives because she believes “biological sex is real.” The nurse never had a patient complaint against her, but does publicly speak about sex and gender and has publicly expressed support for JK Rowling (whom she feels has been falsely labelled as transphobic).

NATO advisor Florence Gaub dehumanized Russians on European television “Even if Russians look European, they are not European… They think differently about violence, or death…. (They are more hardened?) Yes… They have no concept of a liberal, post-modern life.”

U.K. warned the media not to challenge the official Covid narrative, former Sky and ITV News Exec Mark Sharman revealed. According to Sharman, U.K.’s Office of Communications issued a bulletin to broadcasters in early 2020. “It was a warning to basically say, do not question the official government line [on Covid-19].” essentially turning journalists into “cheerleaders for the government.”

Leaked internal Disney videos show those in charge talking about including more LGBT content into children’s programming. The shocking footage featured Disney Parks’ diversity and inclusion manager, Vivian Ware, saying the company has “removed all of the gendered greetings” at its theme parks. No more “Ladies and gentlemen, boys and girls.” No longer will a little girl in a gown be greeted with “Hello, princess!”

On April 1st, 2022, the CDC released a study (titled MMWR report: Mental Health, Suicidality, and Connectedness Amoung High School Students During the Covid-19 Pandemic) and the finding showed that 37.1% of students experienced poor mental health during the pandemic, 44.2% experienced persistent feelings of sadness or hopelessness, 19.9% had seriously considered attempting suicide, and 9.0% of students had attempted suicide.

Shanghai China imposes one of the strictest lockdowns the world has ever seen due to a surge in Omicron variant, despite nearly 97% of those testing positive being asymptomatic. Those testing positive are being put into facilities, including infected babies and toddlers separated from their parents. Since the lockdown was imposed in the city of 25 million people, residents have been complaining about food shortages and lack of access to medical care.

Robots patrol the streets of locked-down Shanghai China, reminding citizens to ‘control the soul’s desire for freedom’ and follow COVID-19 restrictions. Drones are also flying near high rises in the area, giving off the same message.

Bill S-7 sets extremely low standards to seize and search phones at the border. Bill S-7, which recently passed its first reading in the Senate, would give border agents the authority to digitally examine travellers’ phones and laptops and make copies of their emails, text messages and photos when leaving or returning to Canada. The standard set is that an officer merely needs “reasonable general concern” — which is alarmingly vague — to search a Canadian’s device.

New study (Chemaitelly et al) concludes “natural infection was associated with stronger and more durable protection against infection, regardless of the variant, than mRNA primary-series vaccination.” The study also found that those with prior immunity were significantly more protected from “severe, critical, or fatal COVID-19” compared to those inoculated by Moderna and/or Pfizer COVID vaccine.

Ontario Bill 100 “Keeping Ontario Open for Business Act” passed legislation that severely limits and prohibits protesting and free speech. The legislation appears to be created to prevent further convoys and Freedom protests, although it is intentionally broad enough to be applied to just about anybody who’s considered inconvenient. Blockade participants or protesters demonstrating can now be arrested w/out a warrant, vehicles/license plates seized, & licenses suspended witthout a hearing or trial. Only MPP Rick Nicholls voted against what many are now calling “the anti-protest bill.”

Fast food restaurant Freshii now has ‘virtual cashiers’. Instead of giving your order to a human being, you may now line up to use a video calling device with a cashier who works from Nicaragua and other locations for roughly $3.75 USD an hour.

“Walgreens COVID-19 Index” Tracker finds that those not vaccinated have the lowest COVID-19 positivity rate (12% of unvaccinated that were tested were positive) and those who received 3 doses of a COVID vaccine less than 5 months ago have the highest positivity rate (25.6%). These findings are consistent with newly released UK data from the Office of National Statistics.

Google’s Adsense this week sent an email to publishers (over 40 million websites) reminding them of the new policy about monetization of content related to the Russian invasion of Ukraine. Google will not allow publishers to show ads on content that “exploits, dismisses, or condones the war,” the email read. “This pause includes… claims that Ukraine is committing genocide or deliberately attacking its own citizens.”

Some US schools are using smart cameras to target students without face masks. A Georgia school district is now using a “swarm” of automated surveillance tech to identify children who showed up at school without wearing a mask. The “smart cameras,” produced by Motorola’s Avigilon, are capable of both facial recognition and gun detection.

Canada’s recently released 2022 budget pushes the exploration of a central bank digital currency and includes restrictions on crowdfunding platforms and an investigation into cryptocurrency. The latter two provisions are some of the sanctions the government imposed under the Emergencies Act to stop the Freedom Convoy Protest.