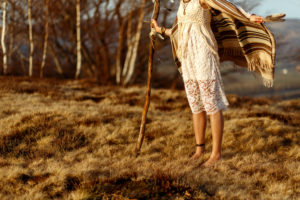 A FIRST NATIONS PERSPECTIVE ON THE 2022 FREEDOM CONVOY

A FIRST NATIONS PERSPECTIVE ON THE 2022 FREEDOM CONVOY

Canadians have never been truly free because the first peoples original to this place have always been and are still prisoners of the Indian Act of Canada.

On February 12th 2022, I spoke at the Okanagan Freedom Convoy Protest at the Osoyoos Border. It was an honour to speak at this historical protest within the ancestral, traditional, and unceded territory of Sliyx (say-elks) People of the Okanagan Nation. Here is my speech from the perspective of a First Nations person.

Last February, I was teaching the course “Indigenous Education in Canada” at the University of British Columbia. I was fired without cause because I taught my students the truth. The alleged COVID pandemic is not the first time the Canadian government has violated human rights! In 1980, there was an Indigenous freedom convoy called The Constitution Express. People from across Canada converged in Ottawa to protest the lack of recognition of Aboriginal rights in the proposed patriation of the Canadian constitution by Pierre Trudeau, Justin’s dad. It runs in the family, okay? What I’m trying to point out is the historical context that we’re in and what that means. What we are protesting today…human rights violations by the Canadian government, has been happening since the state’s very inception.

Canadians have never been truly free because the first peoples original to this place have always been and are still prisoners of the Indian Act of Canada. An act that inspired South Africa’s apartheid, the anachronistic Indian Act of Canada cannot be demolished until the state is demolished, because Canada and the Indian Act of Canada are the same thing. This afternoon, I see the glorious purpose of the Freedom Convoy intersecting, through time, with the Constitution Express of 1980. Indigenous peoples have been fighting the Canadian government for generations and today more Canadians know the truth about what we’re dealing with! Now that Canada is treating you like it treats us, let me ask you: For how long are you going to let the state treat you like a naughty child that needs to be taught a lesson and punished? How much more propaganda can you stand? How many more snipers are going to point their guns at you or at your loved ones because your so-called democratically elected prime minister told them to? Please learn from what the Canadian government has done to Indigenous people!

Do not fall for the state’s false promises, placations, or new leaders. A house painted a different colour is still the same house. The Canadian government IS human rights violations! It must be stopped and that will only happen when we build a new political system, one that is decentralized, that can easily be held accountable, and that remains for and by the people because it is designed that way. Hold the line! I know that you know it… our lives depend on this victory!